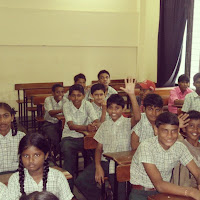 The one with his hand up. That's Areesh.
To say he's naughty and talkative would probably be a gross understatement.
So let's roll with that.
- Areesh. Naughty. Talkative.
He's also inquisitive and extroverted and funny. He speaks English with the confidence of the language being his mother tongue even though the words he weaves together may be a complete mismatch. Yet, you don't really notice the grammatical errors nor the pronunciation flaws, you notice the confidence that shines through bright and whole.


"I now tell the story of Thirsty Crow...there once a crow who kaw'ed and kaw'ed..."

Well, we all know the story of how the thirsty crow dunked a few pebbles in a jug of water to quench his thirst, but most of the students of St. Mary's Tejaswini School class VII and VIII didn't.
Safe to say Areesh clued them in. 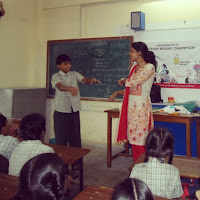 His narration was flamboyant and fun.
He finished with an epic..."and crow flew away happy!"
He then looked at me and inquired...

If I was his teacher, I would've have given him an "A" with a big + on the side.

On the occasion of World Literacy Day (8th September for those who don't know), I volunteered to conduct a story-telling session as part of NGO Pratham Books' World Literacy Day initiative - Celebrating World Literacy Day. I was a little hesitant and scared at first but it actually turned out to be really fun, for one - a bunch of kids called me 'miss' and it felt rather good and for another - there was a whole lot of laughs involved!

So, I trotted to the school where my mum volunteers - St. Marys Multipurpose High School, Navi Mumbai. The schoolactually caters to a class of students, whose parents are learned and can afford a good well rounded education like your folks and mine. In2006, the principal, Father Abraham Josephrealized that unlike his comparatively wealthy and fortunate students, there are so many children who don't havethe opportunity to education because of their financial and societalsituations. Sons and daughters of maids and construction workers, day laborersand so on, these children stay at home and take care of the house. Older kidslook after their siblings while their parents are at work earning a paltry sumto run the household.
The belief is that children should have a shot at building their dreams and since education is the starting point for this Father Abraham established an initiative within the school thatoffers education to the less privileged yet amazingly bright young girls andboys - like Areesh.
Every evening these children use the same classes that the usual studentsof the school utilize in the morning, instruction is meted out by teachers whoform a mix of those from the school and volunteers like my mother who want to teach because they believe in the cause. Education is on par with the standards any good school and these children get accessto a treasure trove of knowledge as they rightfully should.
Who better to tell stories to! 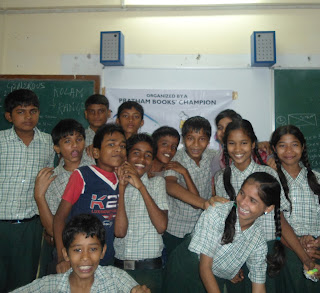 I don't know if a short story-telling session propagates and effectively makes a change as far as 'world literacy' is concerned, but I would like to think so. It is the hope that the students who sat in class as I told them about the elephant and the hippo and the generous crow and greedy Brahmin would take something back home with them that would eventually draw them closer to the world of books. A world that I adore.

Ingriedients:
One portion pie crust - Blind baked (Unfortunately, the Hummingbird Recipe was too hard to work with for me and so I used this one - Pie Crust) 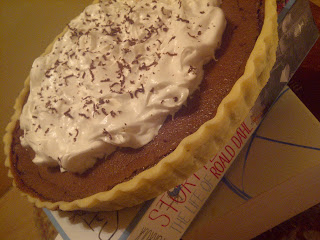 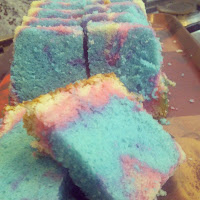 I couldn't give the kids a slice of pie...humble as it may have been. As 50 slices of pie was a tad too ambitious I instead made them some rainbow slices.
The recipe is the Hummingbird's Buttermilk Pound loaf which can be found here albeit with a splash of color - Buttermilk Pound Loaf Recipe - and is the same as my previous post about my super awesome brother - My Brother big pain...

So there we have it, some stories, some kids, lots of jokes and some mud pie and cake slices...
I would say - all in all its been a sweet week!

Megha Suresh
I am just like cake. Interpret that how you may!